Windows Phone is one of the most trending and growing device and is now used by most of the peoples. Interface of Windows OS is totally different from other OS and hence some new Windows users faces problem while operating the Windows Operating System. Here in this How To tutorial I will discuss the resolution of one of this problem i.e. How to Take Screenshot in Windows Phone.

How to Capture Screen in Windows 8

Just Press Start and Power button at the same time to take screenshots in Windows Phone 8. 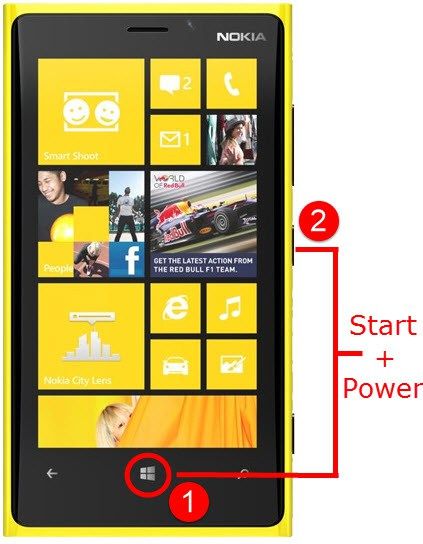 By using the easiest steps mentioned above users can easily capture the screenshots from the Windows Phone. The steps works fine in all windows phone like Lumia 520, Lumia 535, Lumia 730, Lumia 720, etc.

In this How To Tutorial, I have described an easiest way of capturing or taking screenshot from Windows Phone. Hope the above article in Helpful for you. In case, if you want to start further discussion or facing issue while using the above mentioned steps then start the discussion by commenting below